inter months, the best soaring conditions are found in the southern hemisphere. This winter, I checked out out Tapalpa, Mexico, along with 16 members of the Lift Crew. The trip was fantastic and every single day was soarable, despite being very early in their soaring season.

Getting to Tapalpa was easy. We booked a direct flight on Alaskan Airlines to Guadalahara, and then drove a couple hours to Tapalpa in vans. We arrived during a holiday weekend, and the town was busstling with festivities and street foods. Tapalps is a very clean town, and fun to explore on foot. Not many locals speak English, but everyone was friendly, and I felt safe at all times.

The launch is luxurious. It’s enormous, and well-groomed. There’s also a large structure with bathrooms, pool table, couches, and other creature comforts. Evidently, the site was previously builtup to host FAI Paragliding Championships.

The official LZ is an alfalfa field, but I only landed there once. Although I haven’t done much cross-country, Tapalpa was the perfect place for me to practice leaving the nest. The valley has plenty of landing options; just don’t land in blue fields (agave), or red ones (sticky plants).

My first flight was supposed to be a morning sledder to get used to the new LZ, but it turned into a 6.5 hours cross-country. Even in the morning hours, there are reliable house thermals that can keep patient flyers aloft until the day fully turns on. My only regret was not bringing my lunch… I thought about my quesadilla a lot that day!

Later in the week, I made two flights to San Marcos. On the first one, I got very low over the valley, and nearly landed out. I set up my base leg over a possible thermal trigger, where I found a climb to 10,000ft, and made it accross the valley. After reaching San Marcos, I climbed to 13,000ft and headed east, towards Chapala. I ended up landing next to a gas station, where I purchased an abundance of snacks and waited for a ride back.

I finally had an opportunity to put some hours on my new gear; a Phi Beat Light and Woody Valley GTO Light harness. The best thing about upgrading to a pod harness is that I can actually see my instruments, whereas my old flight deck always tilted them away from me.

I’m also enjoying the the Beat Light. The biggest change from my Nivuik Hook is that the speed bar is more effective. However, the Beat does occassionally suprise me with larger collapses than my old wing. 50% collapses recover quickly, with minimal heading change. I also took my biggest collapse to date; about 70%. That one scared me a bit, but in hindsight, was also well-behaved.

Watch out for horses! On the last day, a pair of horses spooked and ran accross launch. One of them snagged a wingtip and took my friend for a little ride! He was fine, but his wingtip did not fair so well. Anyways, it was a good reminder to expect the unexpected. As soon as we clip into a wing, we’re vulnerable to gusts, and snagging by vehicles or animals.

Many thanks for Miguel (tapalpavuelaparapente.com) for local soaring knowledge and rides. It was a great week, with 23 hours of XC. Most imporantly, I’m getting more comfortable leaving the nest, which was my #1 goal for the trip. 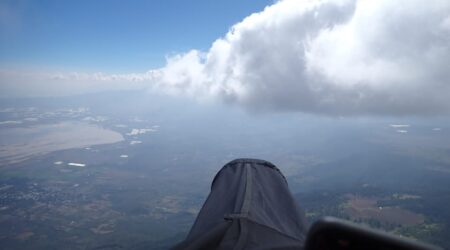 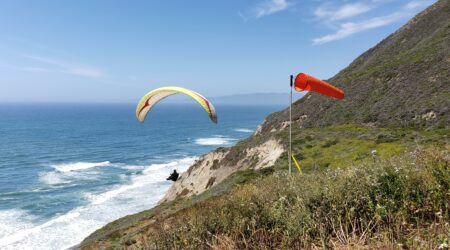 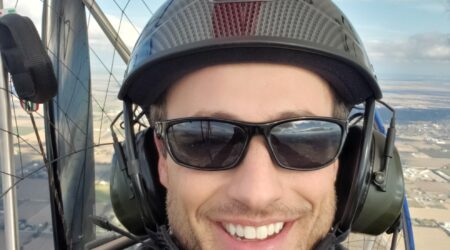 Welcome to Cloud Niner! My name is David and I’m into Aviation, Adventure, Engineering, and Entrepreneurship. What are you passionate about?